Skip to content
For Jenn Fillenworth, founder of Jenny with the Good Eats, COVID-19 was only one recent hurdle to adapting to changes in both her personal and professional life. After a major car accident in November 2019 crushed her vertebrae and broke her tibia, among other injuries, she was left unable to walk unaided until January 2020.

Left with months of unfamiliar downtime, Fillenworth did what she does best — dreamt up new ideas for fresh, local culinary offerings. Now heading up a new meal service, experimenting in a socially distant and uniquely themed pop-up restaurant, and still preparing meals as a personal chef, Fillenworth continues to overcome obstacles and thrive in West Michigan’s culinary scene. 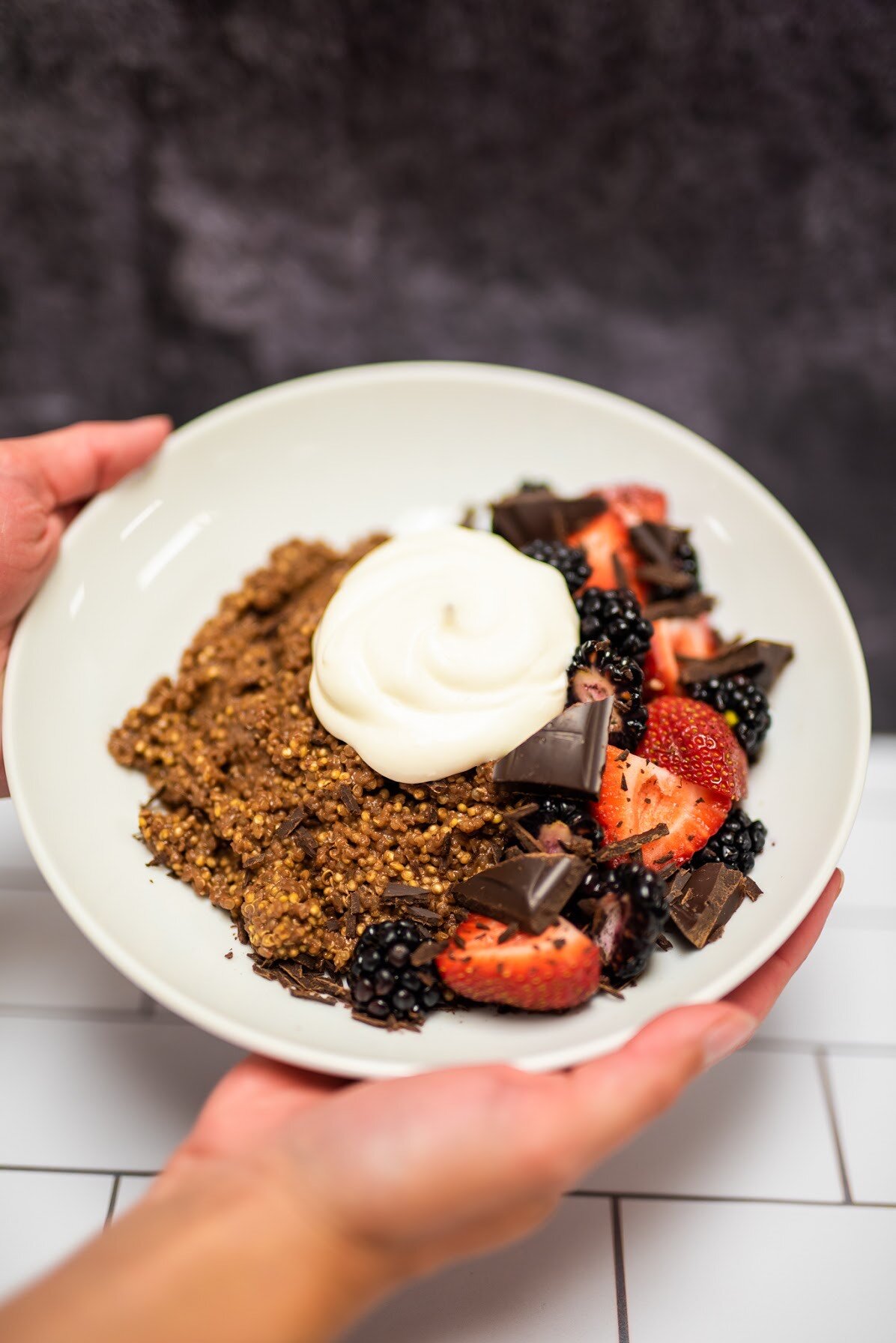 “I was a GRCC culinary baby,” says Fillenworth, whose education credentials also include a bachelor’s degree in dietetics from Michigan State University and a master’s degree in nutrition from Central Michigan University. Working as a freelance dietician since 2017, she has developed recipes, appeared on local television shows, and taught classes at GRCC. Her recent clients include Milk Means More and Pabst Blue Ribbon.

In early 2019, Fillenworth was hired for her personal chef services by Erica Armstrong, MD, IFMCP. Armstrong was then a physician at Spectrum Health, and would later go on to found Root Functional Medicine, a functional medicine firm that creates wellness plans for its clients by treating the root cause of issues like hormone balance and autoimmune conditions, favoring functional medicine, genomics, and microbiome over prescription medicines.

While recuperating from her accident in late 2019, Fillenworth began brainstorming additional services for Root. In January 2020, she and Armstrong would together begin realizing the structure for Root Farmacy, with Fillenworth serving as Executive Chef. Expanding upon the team’s already holistic and nutrition-focused offerings, Fillenworth describes the new meal service as “kind of a food service business on the side from a medical business,” she says.

Root Farmacy officially launched in the Downtown Market’s incubator kitchen in April 2020. Designed to meet specific nutritional needs, Fillenworth crafts all of the weekly recipes herself, working with Root dietitians to provide the necessary nutritional assessments. Each client receives five or ten meals per week, according to their chosen meal track. Having steadily grown the Farmacy subscriber base, Fillenworth and Chef Brad Verberg are now churning out 150 meals every Monday, in addition to the extra meal selections they sell at Bridge Street Market. 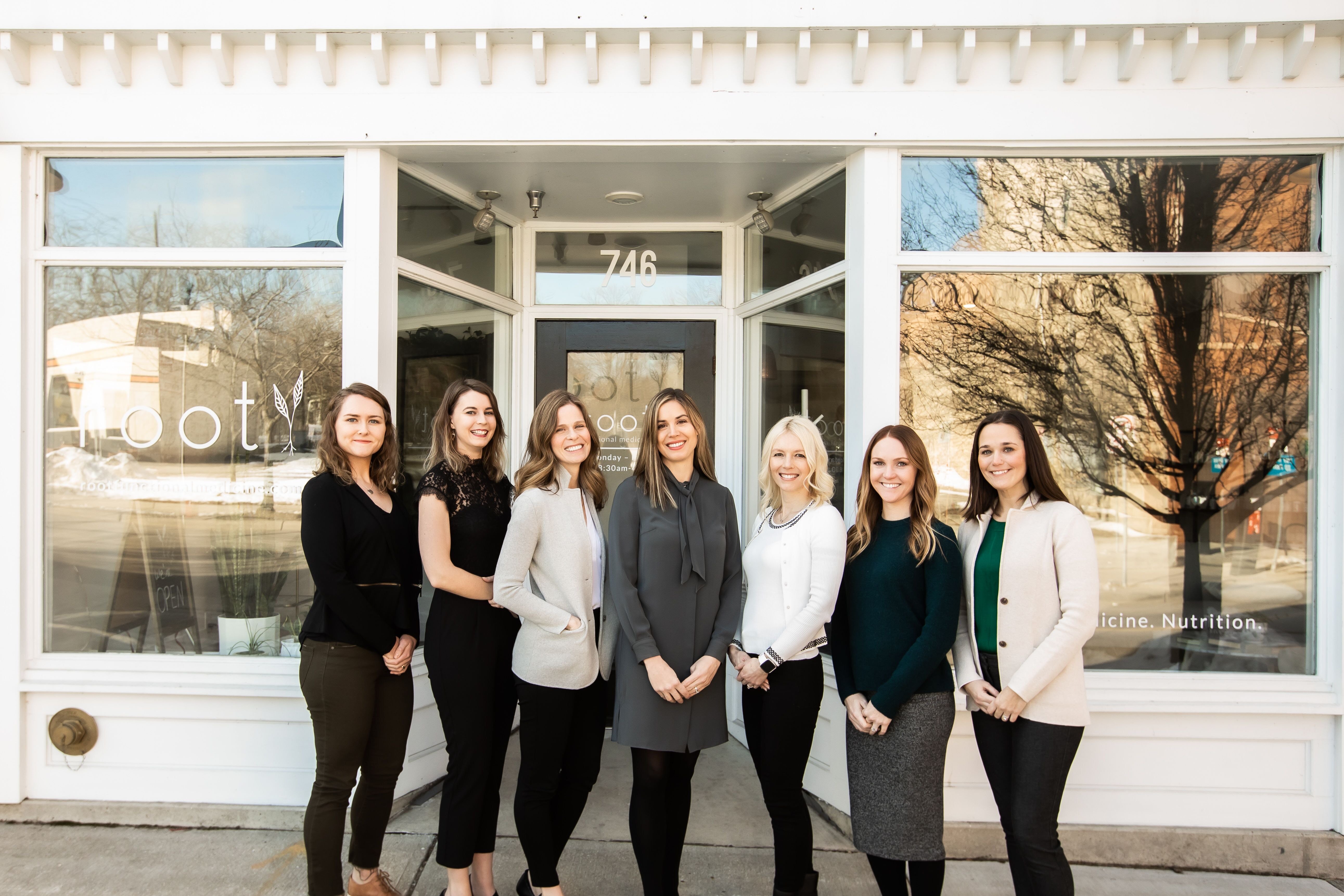 Fillenworth’s main goal? “We wanted to make healthy stuff that was approachable, that didn’t taste terrible,” she says. And the gravy on top? “We use all local Michigan farms, she adds, rattling off a list of local farm suppliers that sound like the guest list at an organic produce party. These include: Revolution Farms, Otto’s Chicken, Carvers/Fish Lads, Omena Organics, Visser Farms, and more.

While Fillenworth was busy ironing out the details for Root Farmacy, she also met and formed a friendship with baker Paula Reed of Rockford’s Amethyst Bee Cakery. The two clicked over big, unique culinary goals and the serendipitous fact that Reed, a former neurophysiologist, was part of the team that treated Fillenworth after her car accident.

Quickly their conversations led to a take-out only pop-up concept that would be hosted out of Amethyst’s new Eastown location in the former site of GR Bagel. 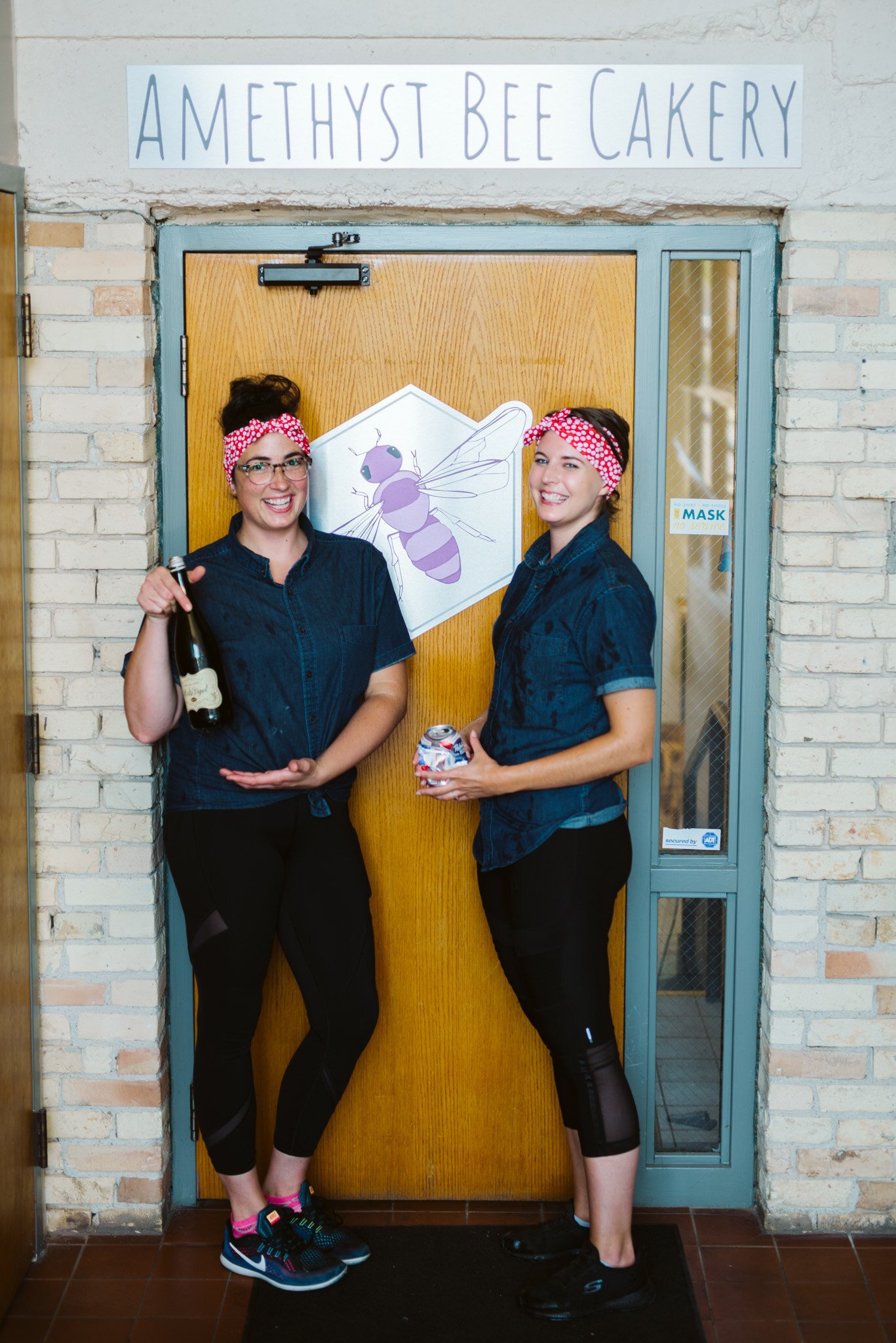 “We call ourselves the Mavens,” says Fillenworth. Together on August 8, The Mavens hosted an entire morning of pre-ordered breakfast goodies at 425 Norwood, including bagel sandwiches featuring homemade bagels by Cottage Bagels, a quinoa bowl, and Jewish-style crunch wrap containing latkes and sour cream. It’s this type of culinary freedom to innovate, and to bring in other local food entrepreneurs, that gets Fillenworth excited.

“There’s this huge world of micro food companies and we’re really trying to use them and put them on a bigger platform,” she says.

And despite COVID-19 restrictions and considerations that are impacting the restaurant industry on a massive scale, The Mavens’ straightforward pre-ordering process and policy that only allowed two masked customers in the shop at a time resulted in an efficient and successful morning.

“Our sales were great [and] everybody followed protocol, like, beautifully,” she says.

As COVID-19 continues to impact the culinary world, Fillenworth is taking the small and big steps to serve fresh, tasty food in new and interesting ways. Whether she’s slinging preorders in a two-woman partnership, prepping hundreds of health-focused meals for a holistic meal plan, or planning and executing an entire outdoor, socially-distant dinner party, one thing’s certain: Fillenworth doesn’t stand still.

“My biggest pet peeve is when I have an idea and it just like dies,” she says. Let’s see what she does next.